In roller derby you either pick the name of your alter ego, or it is chosen for you. When I began skating at my “fresh meat boot camp” I had no idea as to what my name would be. I had a gamertag for online, but it wouldn’t work for derby.

Though I am a skater, I started my career in derby as a photographer. First for Sac City Rollers, a top-50 world ranked team, then for Sonoma County Roller Derby, my home town team. Both I first covered as a journalist, Sac City for a Journalism Association of Community Colleges (JACC), and SCRD for my school’s paper, The Oak Leaf, both while earning my associates in journalism.

The first tournament I attended is called Sur5al, pronounced survival. I showed up with my camera gear and my skates, just in case there was a moment for me to skate around. Being my first tournament, fresh out of “roller derby boot camp,” I still had no name.

Sur5al, is just that: it is 20 teams of five skaters that at the end of the day will have skated one full jam, two minutes, against every other team there.

The event started off annually but has grown to be done multiple times a year. The person who puts on the event is Carrie Conlee-Craft, Nacho Mama, 39 from Merced, a small Central Valley city of barely more than 80,000 people in California, 300 miles north of Los Angeles and a little more than 110 miles from San Jose to the west, Yosemite National Park in the east and San Francisco to its north. Her family’s skating rink, Roller Land in Merced, hosts the charity event in honor of suicide prevention and awareness.

Carrie’s brother, Jon Conlee, drove his car onto train tracks with a train approaching on Sept. 21, 2006. Jon was 25. Proceeds from this tournament go to suicide prevention and awareness.

The snow hit the Sierra Nevada hard the day before the tournament, and those with ideas of driving west and south across them were turned back. Those that left a day earlier were there and ready, but some teams were short skaters.

Team Punky Brawl Stars, with their dyed high visibility yellow wife beaters, adorned in painted fabric stars, all from Tahoe on the Nevada side, made it in early, but their ringer, Stiletto Strangler, was stuck behind a wall of snow back in another state.

Carrie had no idea who I was, other than I showed up with a dozen or so carpooling skaters from SCRD and her other brother’s team, the Deep Valley Belligerents from Ukiah, ranked 8 in the world.

All she knew was I had passed my minimum skills requirement to be able to engage in full contact roller derby. My stature, 5’4” and 130 pounds, perhaps doesn’t scream combat-full-contact sports.

Without much fanfare, I was added to the roster of Punky Brawl Stars and I set off to find my new teammates: Lady Payne, Beauty and the Beatdown, Crazy Coco, and Alice on Wonderwheels.

While getting my gear and new team jersey with another skater’s name on it, one skater from Tahoe on another team helped me adjust my uniform in correct Tahoe fashion.

She placed a hand gently on my shoulder. “Pardon me,” she said, reaching to adjust my wife beater uniform so the bottom of the front was pulled up and tucked over the top to enhance the ease of viewing my chest, exposing my white wife beater underneath. “Welcome to Tahoe and now you can channel your inner Stiletto Strangler.”

When I first took the track, without a name, the announcers, Carrie and her sister, took to calling me “sexy stars,” but as the day progressed, and people first got to see me skate, including the way my shirt was done, that would change.

Being the points scorer, called a jammer, means you must get past everyone trying to hit the crap out of you. Being short, having experience playing combat sports, I get low.

It was still early and maybe the third or fourth set of jams for the day when Carrie announced over the speakers about me: “If he was a woman, his chi-chis would be hanging out.”

For the rest of the day everyone called me Chi Chi. The announcers, the refs, the skaters, people I didn’t even know.

After the tournament, I finally got a chance to talk to Carrie. I found out about her brother and asked what number he skated under.

Jon wore the number 25 as a roller derby skater in both rule sets, as an ice hockey player and for roller skate hockey.

Still without a name, I had an idea. My teammates from SCRD and DVB wanted to name me “Crazy Squirrel” or “Danger Squirrel” because when I skate, I am both squirrelly and dangerous always looking like I am going to crash or fall but somehow, apparently miraculously I stay up.

I told Carrie I would take the name she gave me as the first part of my name, Chi Chi, and the part my team wanted to call me, Danger Squirrel, and put them together. I asked for Carrie’s permission to wear her brother’s number and she said yes.

Today when you see me skate with NorCal Vigilantes, at a co-ed mash-up in Clarksville, Tennessee, or coaching Vette City Roller Derby, you understand why they call me Chi Chi Danger Squirrel. Some people might mistake squirrelly for good footwork and, at 43, I personally know why there are no NFL running backs over 40 . . . but as long as there is a breeze going through Jon’s number, I hope his memory lives on. 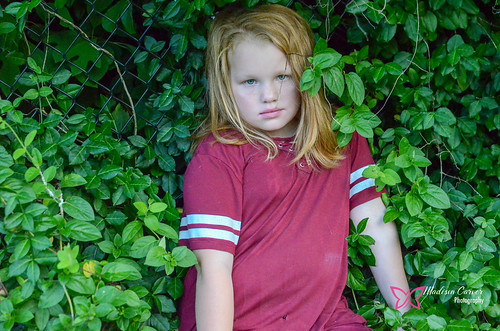